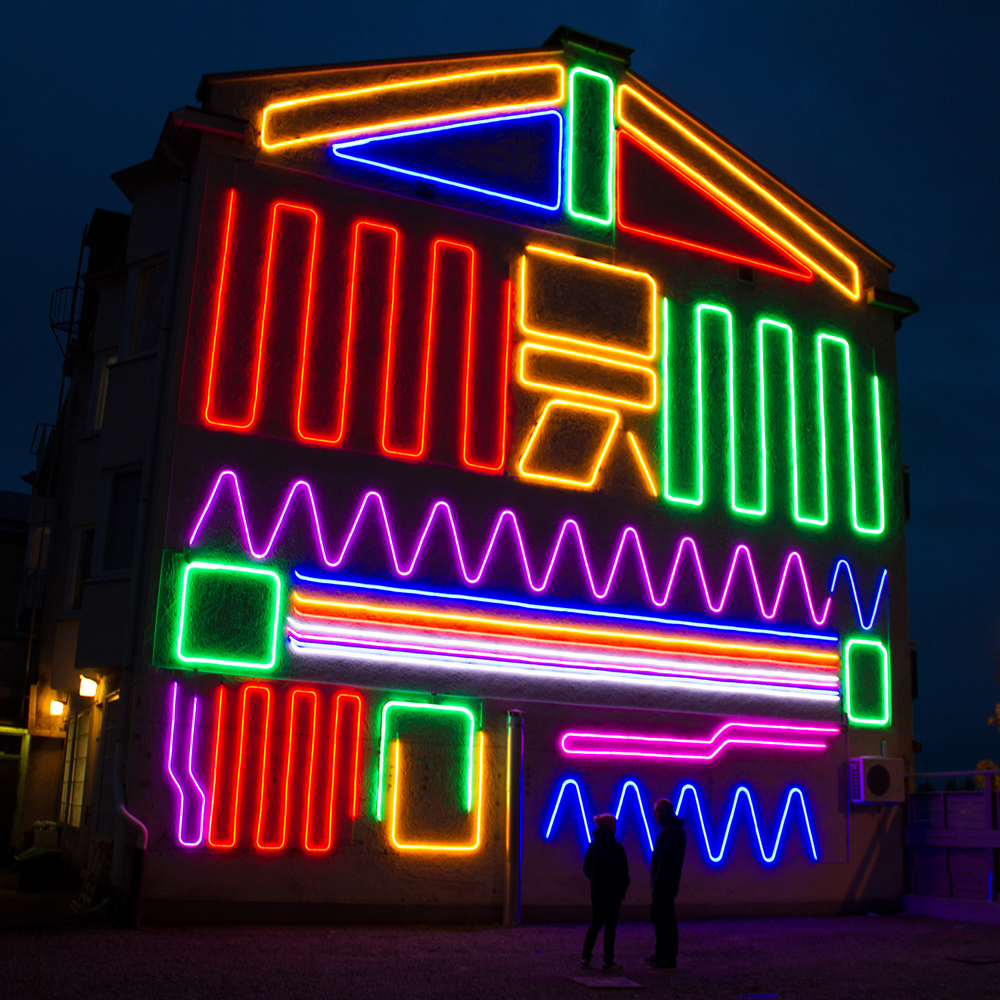 Since 2008, artist Spidertag has continued to reinterpret geometry, abstraction and minimalism in public space. After spending a few years creating woolen pieces, in 2015 he discovered flexible neon cables that can be used with batteries.Interactive Mural Neonsare influenced by Russian constructivism, science fiction, kinetic art, electronic music, literature, video games and architecture. The one exhibited during the Peinture Fraîche festival is # 10. These new kind of murals have taken him to travel and exhibit in Thailand, Finland, Canada, the United States and Chile.